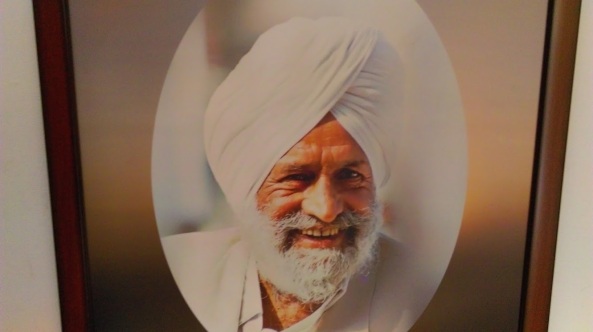 In the Bible we have that 100000 of false prophets are coming and today when looking around,
there are indeed many many so-called master. How to differentiate?

…and there many more criteria to difference between a so-called master and true Master.

Below please find more information about it.

What a mire the world is lost in! It doesn’t know a Saint from a charlatan!
O my brother, just because someone has collected a group of followers, does that make him a holy man?
Kabir

It matters what we want to attain

Sant Kirpal Singh describes it as follows: There are Masters and masters, with due deference to all. It is for us to see what we get. Those who are after worldly things or supernatural powers or mind-reading or perhaps healing are really not after God. These are side issues. They get that thing and that is all; but they do not get God.

Why is gurudom in disrepute today?

Modern gurus are generally political at heart. They have an axe to grind – to make money and get honour and respect. They are not concerned with the well-being of the people. Their object is to impress the people by their hypocrisy, deceit and falsehood. You may be taken in by these methods.

What did Christ say: “Beware of the false prophets who come in sheep’s clothing but are ravening wolves.” They appear to be very polite. The only criterion can be one who can give you a lift, open the inner eyes so that you see there is light there; not tell you that you’ll get it in due course. What another criterion can there be, tell me? Their propaganda? No! There is no dearth of propaganda anywhere. Money can buy anything. Propaganda can be paid for. But what is the criterion? Can he open the inner eye, remove the darkness from within for you to see? There you say, “God is Light”.
Sant Kirpal Singh

“Tricky people create confusion and the confused follow them as their Master and out of confusion they do not leave.
To create confusion in one’s heart is the act of  “so-called poles” (who claim to be a Master or a competent teacher but do not have any competency).
Directly or indirectly they are connected with the negative power. They themselves do not know the consequences of that play and cannot explain it to others. Preacher and followers are under illusion, which they think to be an act of God.”

Miracles, which are a play of the astral powers, affect such people and bring them into the fold of the negative power. Those who enjoy the miraculous powers are devoid of the positive and the higher values of life, (they cannot regain them) till they really find the way to an awakened person.”

Very rare are such people who have no desires and whose wishes are fulfilled without having any desire. They are the blessed ones to whom God reveals all they need. All others are thus (due to their wishes) bound in giving and taking, since there is no (possibility of getting) free out of grace without the gracious Master. Thus all such people lose their capital, and the interests are increasing till they have lost the whole capital and also the positive vision.

Its likings in an always finer and more subtle way, and there is no end to this desire. Thus one feels even more happy when one sees something in the astral vision. But he is ignorant and does not know this play which is mere smoke and dust. The miracles which appear due to one’s  wishes, affect one’s  mind and the thoughts remain involved.

The fruit of life is within the belief of the Master

One may outwardly pose like a Master, one may create oneself to be a holy person and start proving a great holy personality with the help of bookish knowledge, but the inner life is not changed. For how long will such acting and posing continue? At last the cat will be out of the bag. For how long will people trust?

One may put a silken cloth on dirt, the bad smell will be emitted from there. Acting and posing have taken the place of true living. Those who act well are taken into good books. When people have bitter experiences for want of their demand, they call names (him who was not able to give them something). They should (complain), since they had given their head and heart. So Master says, “Believe only when you see yourself.” Without seeing, sometimes belief becomes a mystery and to solve it may take one’s whole life.

Master tells us: “Reading, writing, feelings, emotions. drawing inferences are all subject to error, seeing is above all.”

All worldly disputation is fake and futile.

Saints have respect for the bookish knowledge provided one moves further to attain it in practical form. Otherwise this theoretical knowledge is liable to forgetting. In the scriptures there is written about God, but God is not there. Without the practical knowledge, there can be strains of various degrees, which leads to illusion and delusion.

The “so-called saints” in the world are devoid of that practical knowledge but are well versed with the theoretical aspect of life which they have grasped from the experience of others. They advise others (inspite of) their fake and  suspicious conduct. They preach the truth but they act the other way. There is the difference of day and night between their inner and outer life. It is highest time to rely on the experience of our past competent Masters, which are in accordance to the holy scriptures, and to develop the sincere wish to have those experiences ourselves. And this very same experience we should demand (from a Master). One should create a ruling passion to get the highest gift of life and never remain (contented) in those experiences limited to one’s intellect and mind. Where the world’s philosophies end, there the religion starts. The physical, astral and causal region are the worlds made by physical, astral and causal matter, and they have no importance for us and have nothing to provide. Whatever exists there is not the heritage of the soul, but is rather the food and heritage of mind and intellect. What the soul wants is the longing (for God) and the reunification with Him.