If we humans face trouble
Merit great suffering
Our humanity awakes
Then we help each other
With open heart
Not asking from where we come
What colour, religion we have
We are then one in distress
Standing together from man to man

Back in our everyday life we fall asleep again
In anonymity, distance, old habits

So let us keep this humanity alive
Not just in bad times, but also in good times

Worldwide: A big thank you!

I would like to express my gratitude to all those people who, in these difficult times, are doing their utmost to save lives, to provide food and medicine, to all those who, in one way or another, make their contribution to humanity. In particular, I would like to thank all doctors, nurses, and carers, carers of those who are sick and needy, all emergency services! – You are doing a truly great job! The whole world is looking at you, you are the true heroes of this pandemic.

My heart beats for you, my respect is with you! Thank you for your presence!

You are also the hope of the world thereafter: For you show with your courage, your humanity, that the differences from person to person can be overcome, only through your self-sacrificing help. If we all orient ourselves towards such help, then it is possible to build a new world that is no longer oriented towards ego and selfishness, but that provides for the service of man, unconditionally, selflessly. Then we can finally understand that we are all in the same boat…

Thank you so much!

Be all warmly embraced
Didi

On His last Punjab-tour in October 1973, Sant Kirpal Singh visited the Agriculture Farm located near Nawanshar. There was one room made of mud and one Pacca-room beside a little room for the water-pump. Master stayed there nearly for fifteen minutes. He took water from the water-pump and a grain of rice. Then He blessed Kirpal Sagar which now has been built beside the Farm.

Master wants from heart that everyone should do the work (selfless service): Everyone should put his head and heart to do that work. It is His earnest desire, a desire from His heart, because He loves each child and wants to develop everyone. He is not having any connection with us on the physical level, but His contact is direct with the soul.

So blessed are those who are chosen for this purpose; they are very fortunate. Master always laid stress upon this subject (the importance of selfless service). Because in the lives of all competent Masters and their devotees, there was only one way: To live and to do for Him! And this is the ultimate goal. If the disciple is obliged to the Master, he says, “I have to do whatever my Master would tell me, it is my highest duty to obey His order.”

The place which Sant Kirpal Singh has chosen for Kirpal Sagar has also a background which first was not known to us. When we started the construction work, people from the surroundings came to us, and one of them told that an old person had been living there whose name was Chattar Singh; he was considered to be mad. To that place the cows were taken for grazing, and he used to sit along with the boys there. He never would return to his home, he stayed overnight in the forest, which was full of snakes. There was also a certain animal which always attacks man. It is not injurious, but its teeth are very sharp. One time, when taking rest, he was bitten by this animal and his nose was bleeding. Those boys wanted to take him to the doctor nearby for dressing the wound, but he said, “No, there is a hospital, I have got it dressed over there.”

Sometimes the boys used to say, “Old man, you are smelling, you should take a bath.” He would reply, “Yes, here is a Sarovar, a holy tank, I’m always taking a bath there.” When they offered him to share their food, he answered, “No, there is a big common kitchen here, I always take the food from here.” All the time he used to tell such things, and he even said, “There is a big temple, a house of God.” So all people called him a mad person, who is seeing things where other people don’t see anything. Now those persons from the neighbourhood  believe that he was a holy man.

It belongs to all human beings of the world

Kirpal Sagar is a common ground for all people to get together, irrespective of caste, colour, creed, religion or country. It belongs to all human beings of the world. In Kirpal Sagar no religion but the basic teaching of all religions is taught, which is one and the same and has been written with one opinion.

To keep the various outer rituals and rites of the different religions with their basic signification is no bar to true religion. Every religion teaches the universal teaching of the universal link among all human beings – the Brotherhood of Men under the Fatherhood of God. Religion is a very smooth pattern and a way to realize one’s self, if one rises above the shackles of the religion.

Moreover, who learns and yearns or who wants to learn and yearn can also work in Kirpal Sagar, as it is the work of God, done by man but inspired by God. This is the highest but the rarest chance that ever comes in the life of a human being. 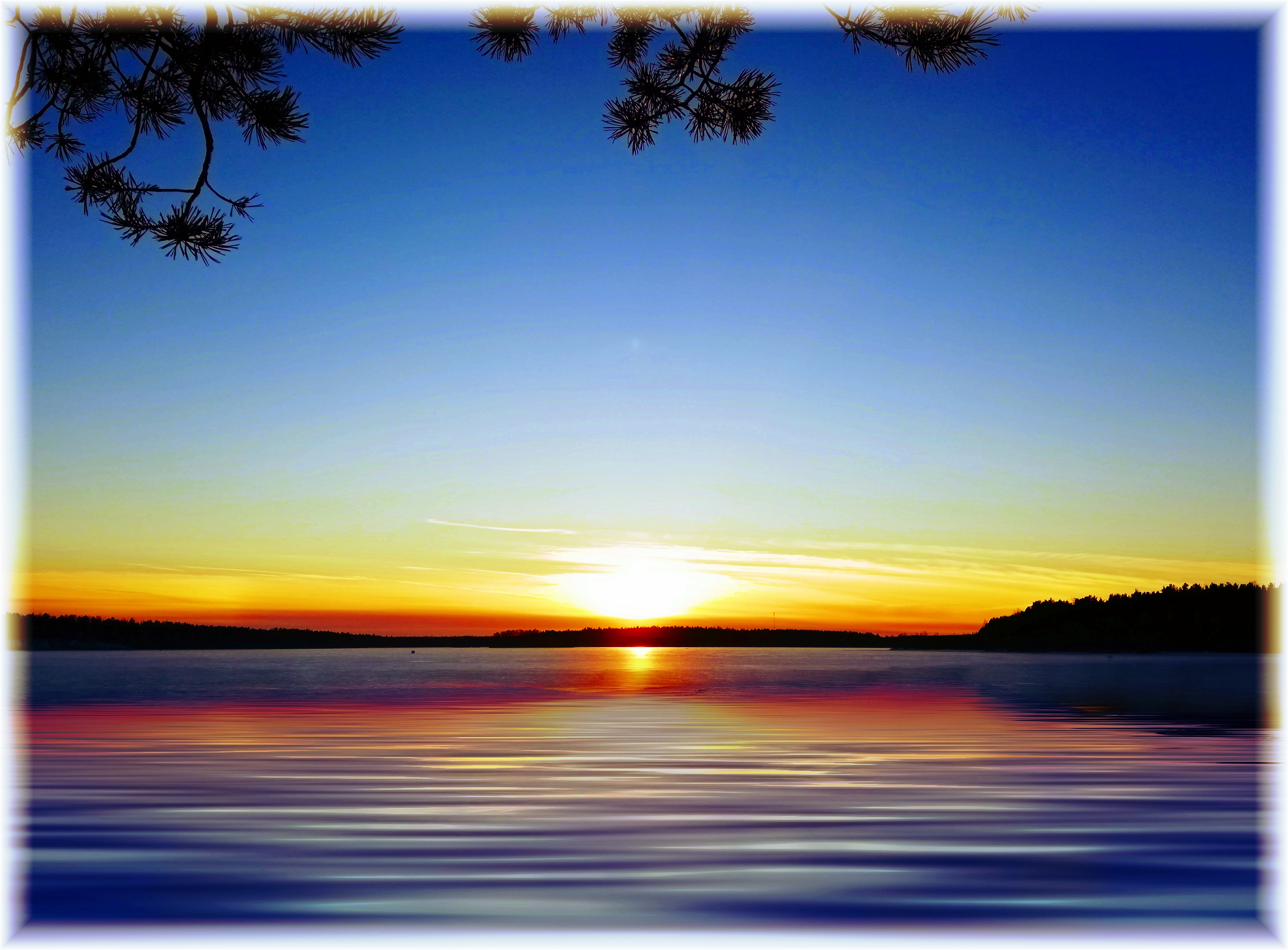 Who still passes by quietly, untouched?
Who still shows carelessness, indifference?
Who still is hiding behind excuses?
Who still thinks just of him/herself now?

People are divided in opinions
Thoughtlessly and thoughtfully
Some are caring, others easygoing
Some are warm-hearted, some cold-hearted

Pandemic needs masks, protection
People who understand human service
Not only to protect themselves,
But first of all to protect others

Suffering contains two ways:
One leads to the mountain
The other to the valey 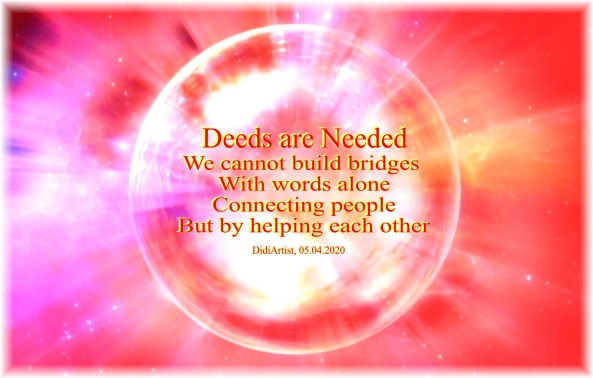 Today I would like to present the Charitable Hospital of Kirpal Sagar.
May God bless you all
Didi

No one can be said to have been born for himself alone, for none can be an island unto himself.
To serve the needy, sick and starving, is also a sideline, more effective than mere preaching.
Sant Kirpal Singh

Poor ­and ­needy peo­ple ­are get­ting ­free med­i­cal treat­ment ­and med­i­cine. Ho­me­o­path­ic, al­lo­path­ic ­and na­tu­ro­path­ic ther­a­pies ­are ap­plied by doc­tors ­from In­dia ­and Ger­ma­ny. Furthermore, ambulances reach out to remote villages at central gathering points, such as schools to provide medical care for people.

From time to time eye specialists from the Indian Government come to Kirpal Sagar to perform eye operations. A dentist’s practice at the hospital provides dental care for the people of the neighbouring area and also for the students of the Kirpal Sagar Academy.

Al­so prep­ar­a­tions ­for a Med­i­cal Col­lege ­are in ­progress. Students of this Medical College will perform their practical training within the hospital.

In Kirpal Sagar, we have also started to build an Old People’s Home (about 24 years ago) that possibly will be the biggest in whole India giving accommodation for about 1000 elderly people in the future. So the social aspect plays also an important role besides the spiritual aspect in Kirpal Sagar where a man can develop as a real man to practice service to man, service to the land, and service to one’s own soul.

To you all greetings from my heart
Didi

The old people’s home was opened in 1994 during the World Conference on Human Unity held in Kirpal Sagar.

Due to the prevailing poverty, many elderly people in India, although they are loved by their families, do not have a pleasant life. The elderly people with their life experience will be able to give their advice and help each other. They have also learned certain professions. If they are able to guide others, they can be of invaluable help for unskilled people working on the project.

It will be possible for them to deal with the meaning of human life, and even in old age, they will be able to understand what they have not yet understood. In this way, their lives can come to a peaceful and gentle end.

Those who want to serve selflessly have the opportunity to do so here. You can choose from the various activities of the project to find a job that suits you. In this way, they can find fulfilment in the service to their fellow man and can live in a carefree manner, in an atmosphere that is entirely focused on their physical and spiritual well-being. 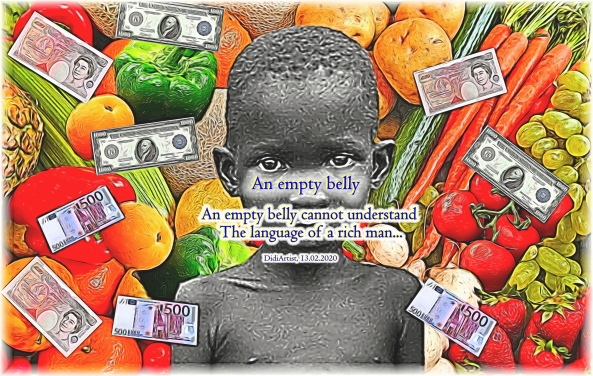 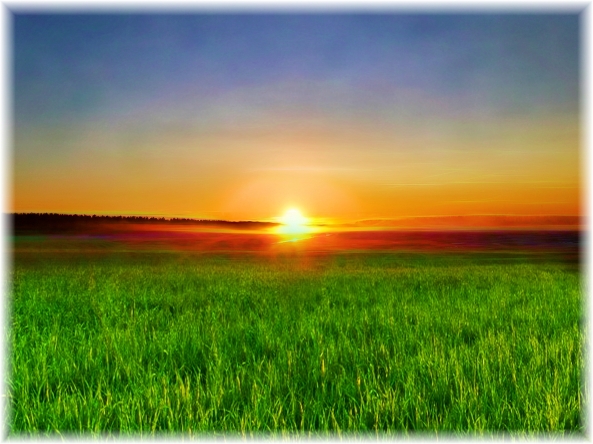 The world itself is not bad
Man makes her bad
He has too little respect
Exploits the earth selfishly
Defends with claws and teeth
What belongs to the world, belongs to all of us
He does not know fair distribution, sharing
All he knows is: that’s what I want, that’s mine…

His selfishness will bring him down to his knees

Will he learn before it’s too late?…

Oceans full of bloody tears
Lose their voice in storms
Lost fates, drowned screams
In the ocean of life

With the prayer of my heart
May all who suffer in deep pain
Detach from darkness, tormenting states
To take a bath in light

You are not alone, my friend
Your pain is felt
Your voice heard
In the depth of my heart

My answer, dear brother, sister:
Love and light to you
Rise above agony
Seize courage, a new beginning…