Some more impressions of Kirpal Sagar.

May God bless you all
Didi 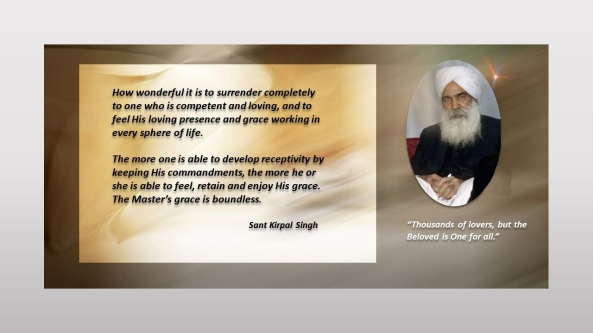 The source of sunbeams
Is the sun
Divided rivers
Of attention
Flow in all directions
Of the world – source:
Ocean of consciousness

Concentrated
As one attention
Inward journey
Through astral,
Causal, super-causal worlds
To the plane
Of pure consciousness
Nacked reality

Putting off the dresses
Of physical, astral,
Causal, super-causal bodies
While the inner journey continues

Separating love is
No love, is limited

Do we build houses to put
The foundation stone at last?

Do we start loving a few like
Family, friends, spouses
And forget the rest? 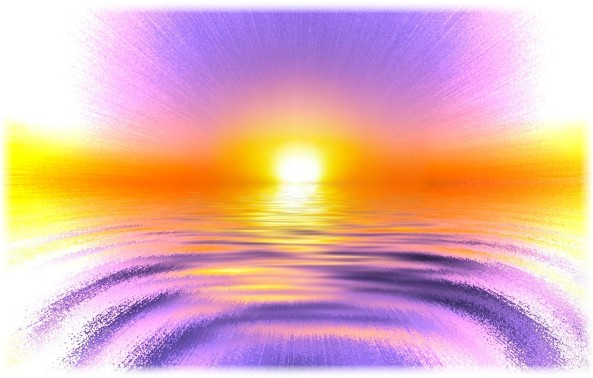 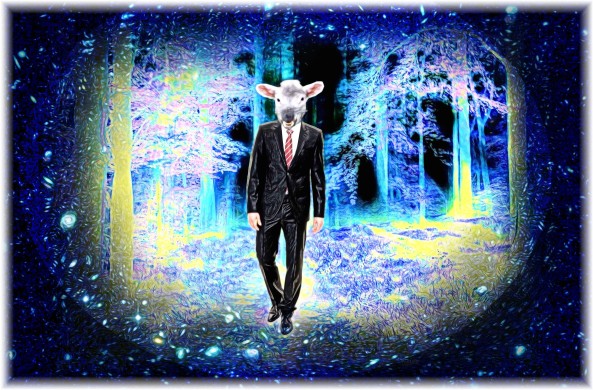 Often the true reason
Can be found behind a mask

Especially when the “lamb” shows
Its real teeth… 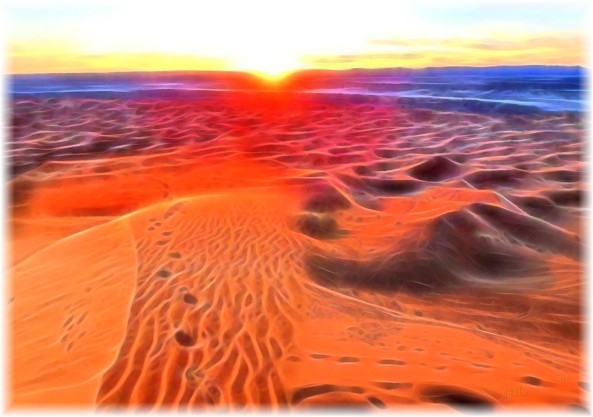 I want to introduce a number of shorter videos about “Right Understanding” with the teaching of Sant Kirpal Singh.

All the best to you all
Didi

As long as we only fight symptoms
There is no remedy

Truth is not always comfortable –
Often hard to bear… 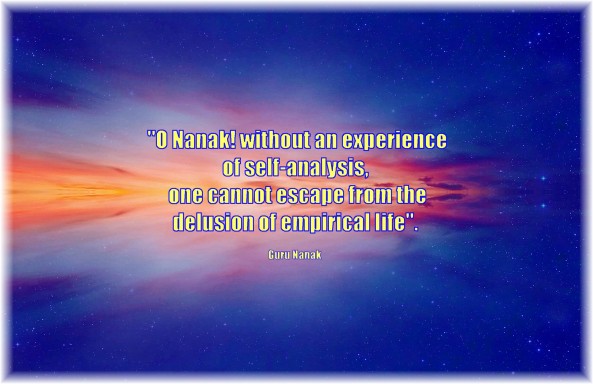 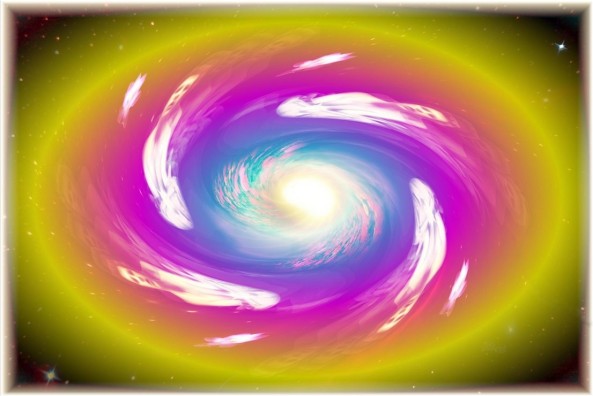 Is just a kind of alibi
To veil one’s own weaknesses
not to be critized, accused… 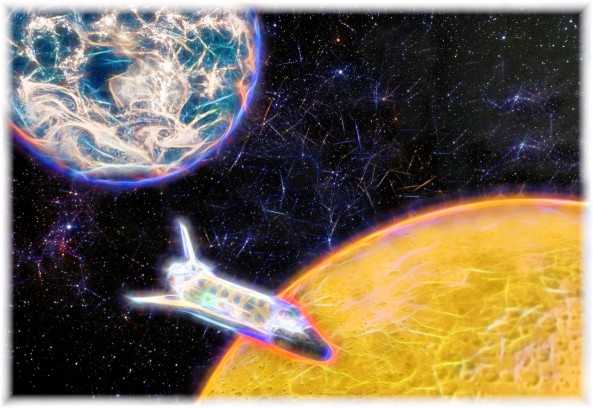 Lord Rama was exiled for fourteen years, and one woman called Shivri, who was living in the wilderness to where Lord Rama was exiled, heard that he was coming. She thought to herself that he would be coming bare footed and that the thorns would prick his feet. So she began clearing the way of all thorns. Love is developed not necessarily by seeing, but also by hearing. She also wondered what she would offer him to eat. In the wilderness there wasn’t much, only berries. So she started picking the berries, tasted each one of them, and kept only the sweet berries. There were also some great yogis living in the wilderness but Lord Rama never went to them first. He went to Shivri, who cleared the way for him so that the thorns would not hurt his feet, and who had kept the half eaten berries only for the sake of knowing those which were sweet and those which were sour. So love knows no law. After Rama had been to Shivri, he went to visit the yogis. There happened to be a pond where the yogis lived which was full of insects and the yogis asked Lord Rama to wash his feet in the pond, so that the insects would be cleared out. Lord Rama declined and said, “No, you are great yogis, it is better if you wash your feet in the pond, and it will then be cleared.” All of the yogis put their wash water into the pond but it was not cleared of the insects. The yogis then said, “You are Lord Rama, if you wash your feet in the pond it will surely be cleared.” “All right,” said Lord Rama, “We’ll try it.” He washed his feet in the pond but it still was not cleared. Lord Rama then told the yogis to wash the feet of Shivri (whom they disliked) and when they washed her feet and put the wash water into the pond, it was cleared. Those who love God, love the Master, the God in Him of course. It is not matter of show. That very power is within you and knows every act of yours, what you are doing and why. He knows the very trend of your thoughts. Love knows no show. Love knows service and sacrifice. The outward symbol of love is a sweet tongue, imbued with humility. When you have developed that love, what should you do? You must have patience, perseverance and go on with it. Just like a moth which burns itself on the flame of a candle but never makes any sound. So those who want to love God should not care for their name or fame, honour, this or that thing. They should leave every greatness that they have got physically outside, and lay down at His feet. If they lose their life in sacrifice, even then they won’t mention it. So this is a very delicate question, I would say. Those who have love for God, or the God-in-man, well, this is a relation between you and the God in Him and nobody else. You have to develop it. For that you must have perseverance. It takes time. The work of the servant is to do work, that’s all. It is for the Master to see what He has to give to him. 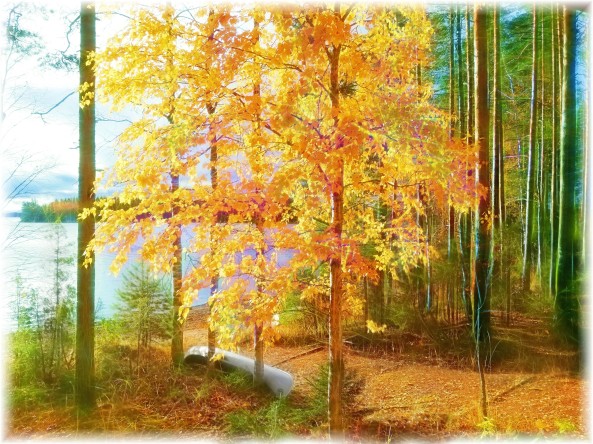 Are we afraid
That our innermost is discovered?

Are we anxious
That the truth harms others?

Are we frightened
That we lose appreciation?

Are we scared
That our ego is losing something?

How much honesty towards ourselves do we have?…

Mind knows many so-called truths
But the soul knows only one:
The way of love…

Each truth has its own perspective
A milestone of understanding…

Only a deep pain breaks through
The wall of our ignorance…

However, truth is ONE
Eternally and unchangeable
Is beyond time and space
Life and death

Is it clever – to appear clever
And to be paid for it?

Is it clever – to speculate on people
And benefit from them?

Is it clever – to propagate truth
And to hide the lie

Is it clever – to help
And to bath in generousity?

Is it clever – to take
Instead of sharing, giving?

Cleverness that selfishly uses others
Is cold and has no heart

Excerpt from the small book: “What is a true Satsangi”

Two seekers after truth went to a Master to be put on the way. What did he do? He gave them two pigeons and told them, “Go to some place where nobody will see you and kill them.” One man went out behind a wall, killed the pigeon and came back: “Master, I’ve killed it. There was nobody there.” The other poor fellow was hunting, knocking about from place to place, in many secret places, many lonely places, from morn to night. He could not find any place where nobody was seeing him. He came back: “Master, I’m helpless. I could not find any place where nobody was seeing me.” – “Who was it?” He said, “The very pigeon was seeing me.” When he went to kill, it looked at him. It was God in him. Just think. These are very simple things, but they are pregnant with meaning.

God resides in every heart. He also resides in you. He is watching our every action. Similarly, God in man, the Master, also looks to our shortcomings, but he does so lovingly. He wants to wash them away. So always remain in his presence. That is why Kabir said, “When the Master initiates you (Master is not the body; it is the Godpower working in him), he resides with you forever.” One thing: He is always present. Can you do any sin, tell lies, deceive others, act or pose? No.