An excerpt from the book: “Morning Talks” – by Sant Kirpal Singh 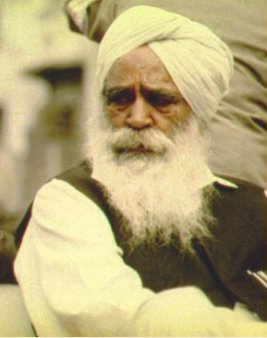 Once Akbar, who was a great Emperor of India, was told by his minister that thoughts were very potent and that great care should be taken in what we think of others. Akbar asked his minister how he knew this. The minister said, “All right, I will give you a concrete example. Let us go outside.” So both of them went outside and they saw one man coming towards them at a distance of a few furlongs. The minister said to the king, “Look here, just think something about this man in your mind and when he comes near, you might ask him what crossed his mind at that time. You are only to look and think.” The king thought in his mind that this man should be shot. The man approached the king and the king asked him, “When you saw my face, what thoughts crossed your mind?” The man said, “Emperor, excuse me, but I thought that I should beat you with my fists and break your head.” So thoughts are very potent. If you think evil of others, the other man will react. You should be careful how you speak to people. If you speak ill to another and say “You are a fool” and things like that, or if somebody calls you a name and you react in the same way, what is the result? There will be a flare-up. A man calls you once, twice and that results in a fight. This is by words, their very root is the thought. A man speaks out of the abundance of his heart. Whatever is lying there, those things take the form of words, then words lead to fighting. So don’t hurt the feelings of others, in thought, word or deed.